You are Here: Products / Cooking / Herbs and Spices

Herbs and Spices are a great and easy way to add flavour to your meals, plus they also have great health benefits.  At Bin Inn we have 'whole' and 'ground' options. 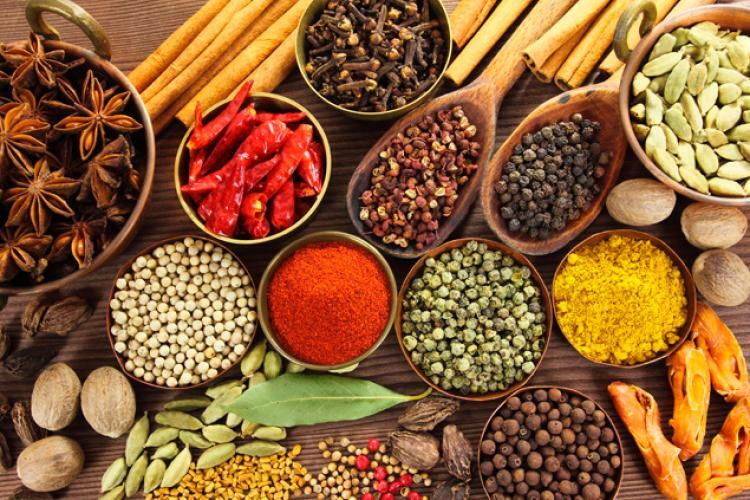 At Bin Inn we stock over 70 herbs and spices including specialty spices and all your favourites from basil to bay leaves, from cardamon to cumin, from parsley to pepper ...to name just a few!

See here for the full list of herbs and spices we provide.

Ceylon or 'true' cinnamon as it is often referred to is made from the inner bark of the Cinnamomum verum tree. Ceylon is tan-brown in color and contains many tight sticks with soft layers.

Health Benefits: Ceylon cinnamon has been known to help with those who are diabetic by stimulating insulin-like activity, it helps manage blood pressure and has anti-inflammatory properties.

Forms: as well as coming in the powdered form, some people boil the cinnamon sticks in water, add honey or lemon, and drink as a tea. Ceylon cinnamon is also good for making "cinnamon water."

Turmeric is an ancient spice native to South East Asia.  A member of the ginger family, turmeric comes from the root of the Curcuma longa plant. In its whole form, turmeric looks like ginger with tough brown skin and deep orange flesh.  Turmeric has a warm, peppery, slightly bitter flavor, an earthy, aromatic scent, and a bright yellow color that is similar to saffron.

Health Benefits: Tumeric, although having been used for a long time in other cultures, is fast becoming popular in New Zealand.  It's benefits include anti-inflammatory properties, known to prevent colds and flus, alleviates pain and works as a antiseptic to help heal cuts and wounds.

How to Use: Tumeric is very versatile and can be used in a number of different ways; common ingredient in Indian cooking, adds colours, flavours and nutrients to grains, potatoes and other vegetables, can be used in meals all day from breakfasts through to desserts and is popular as a tea.

No products found in the "Herbs and Spices" category.